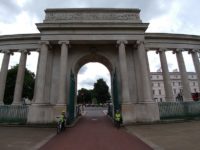 Well, the weeks just fly by don’t they. After our pressure cooker ride along the Kennet & Avon canal towpath, Dad knew we needed to get some more rides in. The masterplan (I’m sure there was one) was to achieve 40+ miles on that day, with the intention of toning down the distance in the month leading up to the big day. Keeping the legs moving, and the kids engaged, but without the associated beasting.

However, Dad didn’t account for the craziness that is the second half of school summer term. So much going on, and so much that the kids were involved in – Fete, leavers camp in the school grounds (For the eldest), concerts, sales – the list goes on. Before we knew it, term had ended, and there was a distinct layer of dust gathering on the bikes.

Once again, the masterplan seems to be crumbling. But school’s out, so surely we can get a big ride in? Then Dad looks at the diary and the other things that are planned. Time to re-plan the master plan. Version two is always better right?

We knew we needed to get the legs going again, and after a good period of very little riding, finding the motivation was tough. So we lined up a ride around Swinley with some friends from school. Sure enough, Lara & Lewis soon forgot themselves and zoomed off into the distance, leaving not one, but two Dads huffing and puffing in their wake.

However, a brief look at the diary and even masterplan V2 suddenly looks shaky. It’s now just 4 days until we hit the road to go to Wales, with the 55-mile ride scheduled to happen at some point towards the latter part of that week. The final part of our preparation has not been anything like ideal.

The day before we go to Wales is the day of the London Freeride. The streets of London are closed to traffic, and cyclists are free to ride the closed 8 mile loop around many of the sights. We booked our places months ago, and have all been looking forward to it – a little adventure in itself.

Saturday morning came, and another first for Lara & Lewis. We took our bikes to the train station, and on the train to London. Now, about those closed roads – they don’t come anywhere near Marlyebone, so task no 1 is to ride the 2 miles to the start point on London’s open roads, so a military operation was hatched to get them to the start point – Dad donned his Seagant Major cap and barked instruction………. 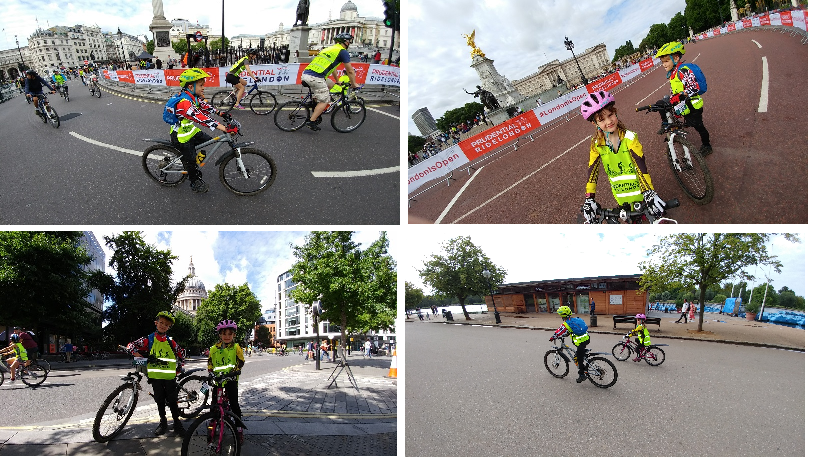 When we got there, the field was buzzing. The kids were also raring to go. “We’re not stopping for pictures Dad – We’re here to ride remember”. And talk about making a rod for your own back – Dad played his trump card just before the London ride. Remember those really chunky, dragging, winter tyres that they have been using all through the training? They got replaced with some much less knobbly ones, which roll easier and have much less resistance. Lara & Lewis took the full benefit and got around the 8 miles in no time. Thankfully though, and after some negotiation involving Haribo and ice cream, Dad did manage to get some pictures. 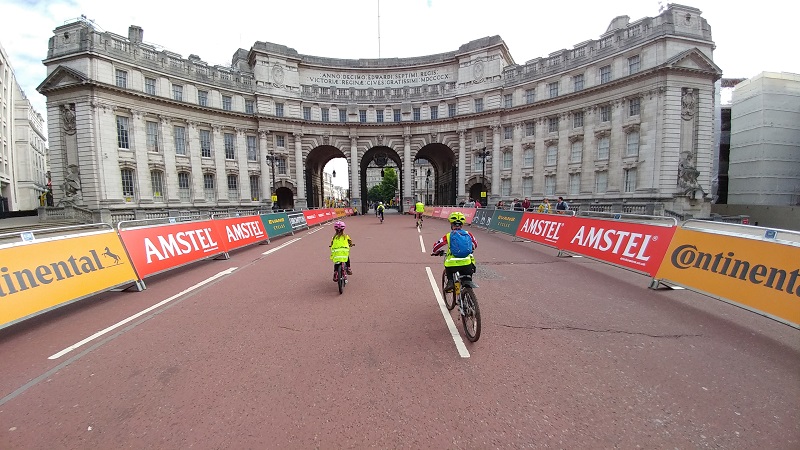 Overall, including the back & two from the station, we covered  16 miles. And the best thing is, they didn’t notice any of it. They were way too busy looking at the sights.

So that’s it. Training is over, and we are headed to Cardiff. Within a week we will hopefully have made our attempt. Can Lara really cover the 55 miles of the Taff Trail in a day? Almost double the distance she has managed so far?

Only time will tell. Time, and that one other Welsh caveat – the weather. It is summer after all…..

You can read our previous Taff Training update here